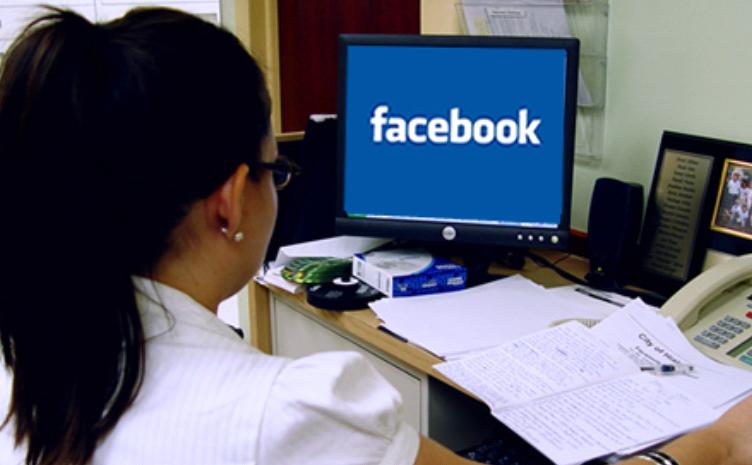 You know it starts out innocent enough – a viral video that goes around the internet at the speed of sound.  It soon is the talk at the office coffee machine, and, for those who’ve missed it, no less than a dozen people hustle back to their respective work stations to forward it along posthaste so our co-workers can see it personally.  As an employer it is your job to be aware of the latest social media trends in the workplace and to keep your employees at check so that they are able to better perform their work duties without feeling threatened, with this there are many common legal questions that you may want to ask your employment law attorney.

We titter over Twitter’s trending tweets and guffaw over the never-ending laughing baby and crazy cat videos that fill up our Facebook news feeds.  Why, we barely get time to read our regular old e-mail anymore!  For many of us, our workdays find us with our nose to the grindstone, but also eyeballing our friends’ posts and comments out of our peripheral vision.

The social media craze is not just a passing phenomenon.  And while Facebook may have originated as a fun pastime for young folks, it has taken the world by storm as your parents, and even grandparents, beg to “friend” you.

Not everyone embraces social media

You might think the entire world has a continuous fascination with Facebook, but not everyone shares that infatuation.  In fact many older workers might be feeling a little left out when the conversation turns to viral videos and so and so’s comment on so and so’s post.  The older employee might prefer to stick to him or herself these days because he or she might have no interest in social media, beyond what is required e-mail usage in the workplace.

Many people don’t realize that co-workers being excluded, even just inadvertently, from the “in crowd” can lead them to experiencing feelings of isolation – it is just as bad as being bullied when not being included in a conversation or while crowding around the water cooler in the workplace.  In some respects virtual bullying is worse than face-to-face bullying.

For some older workers, they must endure the day-to-day grind until they old enough to collect a Social Security check, then they retire.  But in a workforce is filled with twenty-somethings or millennials, often the older worker feels his lack of participation with Facebook and Twitter has left him behind and out of the loop.   But, nowadays his or her lack of participation on social media is sometimes the least thing to be concerned about – it is often the disparaging remarks on social media that mimic elderly people, followed by a trailing column of comments or a slew of “likes”, some by your very own coworkers that should leave the boss reeling in horror.  Why?  Because the employees are accessing social media, usually on company computers, during the workday, and not just reading their news feed but “discussing” it with co-workers as well.  The vitriol and hateful comments spewed could be geared to anyone… but most especially to the same age bracket as the kindly, older worker who’s been around for decades.

What you wouldn’t say

When the boss got wind of what the employees were discussing he nearly blew his top.  The venous comments were indeed cringe worthy, and might as well have been uttered directly to the older employees in the workplace.  The boss remembered what his labor attorney told him when they put an employee handbook in place.  To be sure, there was the usual caution in the rules and regs about using social media in the workplace; it sure is hard to enforce bans on social media anymore, but something to be ever-mindful of.  But luckily, this employer’s labor attorney drilled into his head that making disparaging remarks about older workers in the workplace is verboten.  The Age Discrimination in Employment Act prohibits such disparaging remarks in the workplace.  In fact, all employment attorneys will tell you to ensure there is a clause in the employee handbook telling employees to familiarize themselves with any company or workplace policy regarding inappropriate discussions/content being circulated with other employees, orally or via social media.  In a matter of minutes, a viral video can claim the attention of the entire workplace and spin out of control, not just hurting some people’s feelings but inviting EEOC complaints and/or possible litigation.

As an example, just before Christmas, nj best employment attorneys followed one Twitter hashtag with rapt attention.  That trending topic was #ElderlyChristmasSongs.  There was a list of tweets, retweets and “likes” as hundreds in the Twittersphere chimed in with their version of a Christmas song which would for the elderly.  It was no “Grandma Got Run Over By a Reindeer”, but, instead it was hateful and unkind toward the elderly.  And, along the way, tucked between the suggested elderly Christmas songs, a few employment law firms chimed in to say “keep it up as you’re looking for an age discrimination lawsuit… you would not allow employees to make racist comments, so making comments about the elderly is really no different.”  But their free advice seemed to fall on deaf ears and the topic raged on, oblivious to what is right or wrong and to wounding any elderly person’s feelings in the workplace.

Alas, the Twitter topic #ElderlyChristmasSongs kept going strong and prompted still another handful of employment law attorneys to remind employers and employees that if a viral video or funny meme on social media runs rampant in your workplace and it disparages a certain group of persons (the elderly, women, but can also apply more to an ethnic group/race, etc., then it is probably something that employees in large offices are also talking about around the water cooler, or more or less “sharing” via social media often on work computers.

Employers:  while you don’t want to take those tidbits of social time away from your hard-working employees, be sure to be clear about what is acceptable and not acceptable in the workplace, and, perhaps some people need a refresher course.  If you choose, consider getting revisions to your workplace rules and regs updated or redone altogether.  Don’t forget to ensure your employees know how their comments may be construed as discrimination, and above all… be sure to see a top employment law firm to implement any policy changes correctly and expertly.