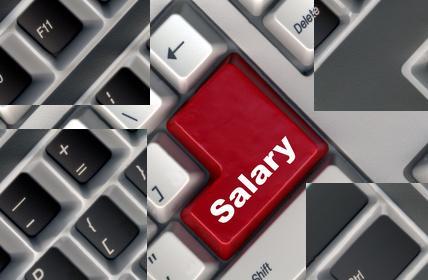 As one would expect, there is a huge difference between a salaried employees versus an hourly employee.  Frankly, depending on how you look at it, each position has its own benefits and disadvantages, but I guess it really depends on you the worker and what you want/expect as far as pay goes.

Hourly employees are subject to the federal minimum wage laws.  As of 2009 all employers must pay $7.25 per minimum wage (or more).  Even if the state mandated wage is lower, they are obligated to pay the higher wage of $7.25.  Most of the states in 2015 do pay over $7.25 though, so it’s sort of a win win if you are in a state where the minimum wage is less than $7.25 and you are paid hourly.  It should be noted however, that there is an exception to the rule.  If you are a tipped employee, such as a waitress/waiter, bartender, busboy/busgirl, etc. you are only required to be paid $2.13 according to federal wages.  However, as stated on the FLSA website “if a tipped employee’s average wage — including tips — falls below the $7.25 minimum, the employer has to make up the difference.”  Hourly employees can also get over time, except this time it’s mandatory, and it’s 1.5 times their usual regular hourly wage.

As with all things that deal with the state or federal government, there are people who enforce these laws mentioned above.  If you are not being paid fairly, or if you feel that your employer is paying you in a manner that is not justified, you can contact the Wage and Hour Division by visiting the US Department of Labor.  The US Department of Labor will carry out an investigation in the complaint you have and they will be reviewing a variety of financial statements from the employer; this will probably put you more in the spotlight than you would want, but you may be able to do this anonymously if necessary.  Once the Us Department Of Labor goes through all the financials for that specific company you have reported, then you will be contacted and be told whether anything was found or not and what you can do about it.  In almost all of the cases though, it’s less about you trying to get a case against them and more about the US department of labor fining that company or they will receive some sort of a penalty.

If you are not sure about your employment rights, you can consult with an employment lawyer in your area.