While the coronavirus pandemic shuttered businesses and destroyed livelihoods around the United States over the past year and a half, Google, one of the world’s most profitable companies, has been raking it in. Throughout 2021, the company has set all-time records as their search and YouTube advertising revenues have continued to grow. For the second quarter of this year, Google’s parent company, Alphabet, posted record profits for the fourth quarter in a row.

All of this good fortune doesn’t come without criticism of its trade practices, however. A recently filed lawsuit contends that the company charges over twice as much as competitors and wins 80% of its own auctions. This certainly isn’t the first time the Google has been accused of being a monopoly. At the very least, this lawsuit should shed some light on how Google controls the search ad revenue market and what might have to be done to level the playing field.

The lawsuit contends that Google siphons away anywhere from 22% to 42% of ad spending that comes through its systems. Essentially, Google’s exchange operates as a marketplace for online ad buyers and sellers. Yet their share of each advertising transaction that takes place on the exchange is routinely two to four times as much as the fees charged by other digital advertising exchanges. A senior executive at Google likened the situation to a major bank owning the New York Stock Exchange.

Google Strategies Help Them Win 80% of Auctions on Its Exchange

The suit states that Google uses specific strategies to “lock in” certain advertisers and publisher and enable its ad-buying tools to capture over 80% of the auctions on its exchange. This particular lawsuit is led by Texas Attorney General Ken Paxton and joined by 15 other states. If nothing else, a group of states bringing a business lawsuit against Google offers an unvarnished look at how the company dominates online advertising. One Google document says that the company served 75% of all online ad impressions in the United States for the third quarter of 2018.

Google Exploits Its Advantage Over the Competition

One of the main charges in the case is that Google purposely inflates advertising costs, which ad buyers pass on to consumers in the form of more expensive products. The case also alleges that Google stifles competition from other exchanges and limits websites’ options for ad delivery. The lawyers for the group of states point out that AdX, Google’s Advertising Exchange, charges a fee ranging between 19% and 22% of the prices advertisers on the exchange pay to reach publishers. This amounts to approximately two to four times what AdX’s closest competitors charge, according to the suit. Moreover, the lawsuit argues that Google’s dominant advertising market share is precisely what enabled it to charge those higher fees.

Unfortunately, smaller advertisers pay even larger fees. Conducting business on a similar but different system called the Google Display Network, they wind up paying fees ranging anywhere from 32% to 40% to Google. These rates cohere with Google’s public statements that publishers receive 68% of revenue from AdSense, a tool which serves ads to smaller websites.

Google executives even went so far as to admit that their ad networks make lots of money in commissions because they can. One employee added that smaller publishers simply do not have other revenue sources to compete alongside Google.

Google Reacts to the Competition

About five years ago, a system called header bidding opened up Google’s ad auctions to rival exchanges.  This move was in response to complaints that Google’s business practices were anticompetitive. Unsurprisingly, Google feared that that this new system would bypass its own tools. One employee mused that this kind of competition would reveal that the 20% fee that Google charged for its exchange probably wasn’t justified. In fact, Texas Attorney General Paxton pointed out that Google’s internal communications demonstrate that it cannot justify its ad fees.

It should not shock anyone that the company immediately schemed to kill the competition. While Google presented an alternative to header bidding that seemed to acknowledge the competitive pressure, the lawsuit maintains that it actually devised a program titled “Jedi” to guarantee that Google’s exchange won auctions.

For most of its existence, Google has enjoyed remarkable freedom from oversight, including both state and federal officials approving its acquisitions and neglecting to challenge the company despite complaints from competitors. Nevertheless, the winds of change may have shifted as Google has faced bipartisan criticism at congressional hearings over the past year.

Although this certainly isn’t the first time that Google has been accused of abusing its power over the increasingly complex and very technical online ad market, the lawsuit from Texas and ones brought in other states might be a bellwether for change in the industry.

Furthermore, more voices across both sides of the political aisle are starting to question how these tech behemoths maintain and wield their power. In fact, Congress is now considering changing its antitrust laws to strengthen enforcers’ power to rein in these companies. Whether these cases do much to impact Google’s position as the web’s dominant search engine remains to be seen. Nonetheless, it appears that the days of Google enjoying monopoly power through anticompetitive business measures, which were largely free from oversight, are numbered.

When to Hire a Lawyer 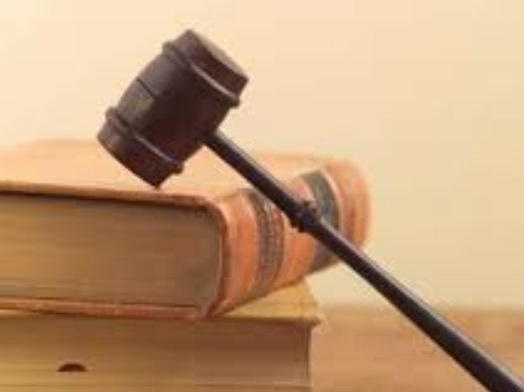