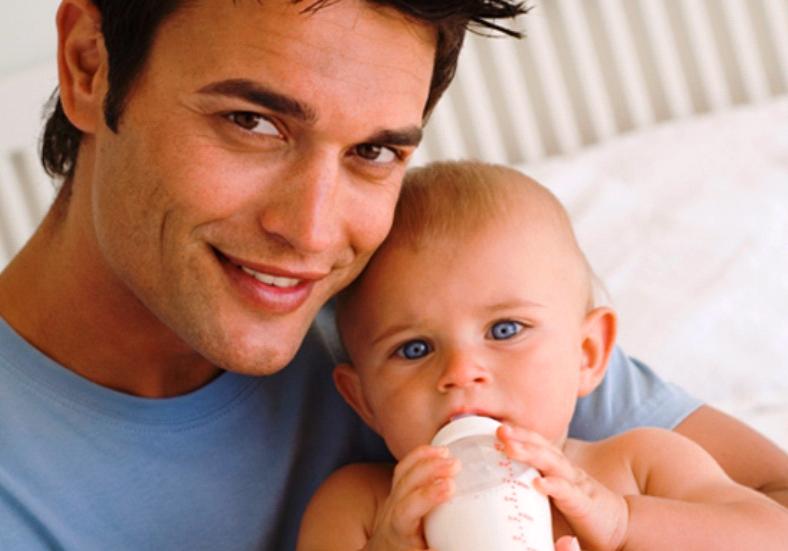 Most everyone should be familiar with the term “paternity”, if for no reason, but you hear about male celebrities and sports megastars who often undergo a paternity test by a woman who might just be a gold digger.  Not always – but often.  There are do-it-yourself paternity tests, so that a DNA swab may be taken from a child and sent in to a lab where the paternity of a child can be verified.  Of course, for that paternity to hold up in court, it is best to have the DNA test done professionally.

If the word “paternity” was an oft-Googled word this year, it is because Mark Zuckerberg, the CEO of Facebook, upon the recent birth of his baby daughter “Max”, has taken a two-month paternity leave.  We all know that Mr. Zuckerberg, as one of the world’s most-richest men, could afford to have a nanny tend to diaper changes and early a.m. feedings, but he chooses to bond with his baby girl in these first few months after her birth.  Experts will tell you, it is not just the mom who forms and early and ever-lasting bond to a baby – it is the dad as well.  Mr. Zuckerberg himself said: “Studies show that when working parents take time to be with their newborns, outcomes are better for the children and families” and that is how the Facebook CEO hinted at the change in policy at Facebook.

What is unique about the paternity leave for Mr. Zuckerberg, is that the privilege is not exclusive to him alone; he has changed the policy for all male Facebook employees around the world to be able to partake in paternity leave as well – he has even sweetened the pot to permit a paternity leave of absence for up to four months!  The extended parental leave policy for paternity leave was always generous, but, just applied to U.S. employees.

So that leads to one of the top legal questions employers will now face in today’s workplace – should you retool your employee handbook to permit paternity leave to male employees after the birth of their child?

Paternity leave is gaining in popularity

Facebook wasn’t the first company to permit paternity leave.  California was the first state to offer paid family leave – if you live in that state; you may take up to six weeks of leave at partial pay to care for a newborn child.  Some of the more progressive companies offer paid leave to brand-new dads from up to a few days to a several weeks.  Rhode Island and New Jersey also passed family leave laws, and several other states have bills already under consideration.  It is, however, a relatively new concept for most employers, and if they “go for it”; it is highly unlikely it will be a fully-paid absence.

Since the advent of the federal law entitled the Family and Medical Leave Act (often abbreviated as “FMLA”) in 1993, the chance to take up to twelve workweeks of unpaid leave each year, without the fear of job loss, is welcome to family members who wish to have the opportunity to spend more time with a newborn or new adoptee as they have welcomed into the household, without fear of losing their job or status within the workplace upon their return.  But, while the FMLA has a lot of wonderful attributes, there are stipulations that you must be aware of.  For example, your place of employment, as well as you, must meet a few criteria such as:  the company must have fifty or more employees within 75 miles of the workplace and you personally must have worked for your employer for at least 1,250 hours in the twelve-month period before the start of your FMLA leave (that would be computed as at least 24 hours in each of the 52 weeks of the year, or 40 hours per week for at least seven of the last 12 months).

If these criteria are not met, then the FMLA leave would not be feasible.  Of course, you could feel free to request an unpaid leave from your employer, citing those studies that men who take an active and hands-on role in their children’s lives early on, will continue to be more involved for years to come and their children will be healthier.

When a man assumes the role of the child’s caretaker

In the case of case of dual wage earners in the family, permitting the wife to return to her workplace more quickly will decrease the chance of post-partum depression sometimes felt in career women feeling hobbled to the house and not excelling in her career, after the birth of a child, and, of course, in the case of the woman earning a larger salary than her husband, it would behoove the man of the family to permit her to become the principal breadwinner while he becomes the principal child caretaker.

It is unfortunate, however, that even though a man may stress how important his life could become by having a chance to bond with his new baby, there is often a stigma attached to a man who forsakes a thriving career to be a stay-at-home dad, even for a short period of f time.  The long-term effects of a man taking a paternity leave for childcare purposes, can have negative effects on his career down the road, such as lower pay, or being passed over for promotions, even if he stays in the loop by doing some work from home.  Many perceive his absence as detrimental, and, if you’re considered a “key employee” at the company, don’t expect to have your request for parental leave welcomed with open arms.

As the roles of men and women in the workplace, as well as in the home, keep changing, so will the accommodations that the employer must make to keep a happy workforce.

What is a Testamentary Trust?