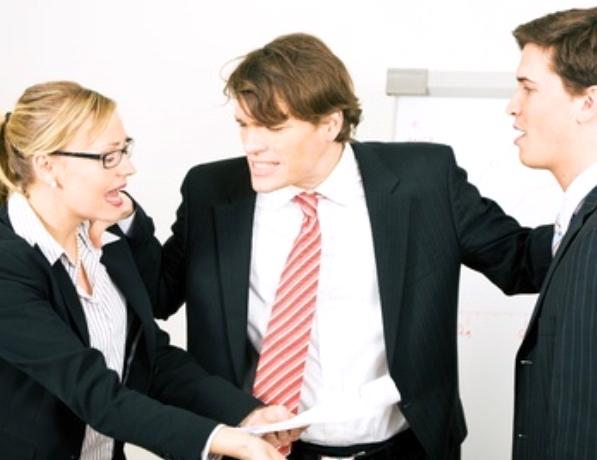 Conflict is just a fact of life.  Even when we were toddlers, it seems we had issues and were verbal about what we didn’t like.  We argued with our siblings about our possessions and our “standing in the family”… even though being the oldest didn’t always trump other factors.  Things didn’t change once we got to school either – there was always something to whine about it seems.  No two people are alike and we are not cut from the same cloth so there is always bound to be disagreement among our peers.

In the workplace, disagreement and dissension among the ranks is also common.  Sure, there is the differences of opinion over college sport teams and that rivalry is acceptable.  Even the occasional political bickering over one’s favorite candidate or values, as long as it does not get out of hand, may be the topic bandied about the water cooler.

But, sometimes disagreement in the workplace gets out of hand.  Tempers flare, words are said, and, as you know, words once spoken can never be taken back.

Dissension in the workplace

Everyone is entitled to an opinion and most adults have the good sense to realize this.  There seems to be a malcontent or hothead in every office environment – that person comes into work with a full head of steam and ready to unleash a venomous tirade on whomever crosses their path.  While you should never bring your troubles along to work, sometimes your worries, compounded with work stress, cause a flare-up.

Sometimes there is bullying in the workplace – no, not the kind that you find on the school playground which results in fisticuffs, but verbal bullying, which can be just as bad.

Below are some examples of the most-common types of bullying in the workplace, and how to prevent it and deal with it, hopefully before it gets out of hand.

As mentioned above, no workplace is free from conflict amongst the ranks.  To a degree, you’ll never get everyone to agree on everything 100% of the time – it’s just not going to happen.  A healthy exchange of ideas and creativity make for a better workforce and happier employees.  Happy employees enjoy coming to work and leaving unburdened by stress at the end of the workday.  Conflict in the workplace leads to unhappy employees – they dread coming to work, and will often look for any excuse to call off.  Conflict is very counter-productive in the workplace because once it rears its ugly head; there is a definite domino effect.  Not only will the company experience higher levels of absenteeism, but there will be increased employee dissatisfaction and work-related stress, reduced productivity, poor service to customers or clients (depending on the type of business) and even high employee turnover.  The final tile in the domino effect may often be lawsuits based on claims of a hostile work environment or harassment – both usually go hand in hand.

Often dissension among workers goes undetected.  A savvy manager, supervisor or H.R. director is able to hone in on the usual telltale signs and with a little intuition can pinpoint the employee who is instigating any problematic behavior.  Is it one employee picking on many people, much like the “class bully”, or is the ill will directed toward one person only?  Often the person being picked on or bullied does not wish to bring it to management’s attention for fear of looking like a crybaby, or worse yet… retaliation.

While a good manager, supervisor or H.R. director is worth their weight in gold, and they hope they are a leader to their “flock”, the busy workplace often causes rifts to escape unnoticed.  Later, after learning of dissension amongst workers, a person in charge may wonder how the behavior went unnoticed.  Such surly, boorish or disagreeable behavior often manifests itself in such body language as crossed arms, eyes lowered or someone sitting away from the rest of the workers… the “loner”.

Often you’ll overhear conversations with phrases like: “it’s okay with me – whatever you want” (total acquiescence) or “it’s my way or no way” (exerting superiority).  These two phrases demonstrate that agreeing just for the sake of harmony, though sacrificing your own beliefs or self-serving actions with no regard for other’s beliefs, are doomed for discord in the workplace.

Types of conflict in the workplace

Relationships that have reached a breaking point

The title for this paragraph could also read “Who stays and who goes?”  If an employee is just plain bad blood and wreaks havoc with coworkers by virtue of their surly and overbearing behavior, then it is time to say “goodbye”, because why risk sacrificing stellar employees by tolerating the actions of one bad apple?  If the problematic person is a key employee who might be hard to replace, there are other avenues available to gain peace in the workplace.

But, we live in troubling times.  Today’s H.R. directors spend at least 25 to 60 percent of their time dealing with employee conflicts and a University of North Carolina study showed that more than a quarter of workers reported being less productive because they spent time trying to avoid a confrontation with a co-worker.  A staggering statistic is that more than half of workers say a violent act had occurred at their workplace.

Before conflict in the workplace escalates, resulting in violent or even deadly consequences, the five most-important conflict resolution methods are:  avoid, accommodate, collaborate, compromise, and confront.

These five measures will help maintain order amongst employees resulting in a happier and more-productive workforce.

These are just a few suggestions to maintain peace and ensure productivity in the workplace; should you need to discuss the need to implement policies and procedures, please don’t hesitate to contact a top employment lawyer in New Jersey.  NJ Employment lawyers are well versed in employment law and conflict resolution and can help you to resolve any conflict at work as well as help protect you legally. 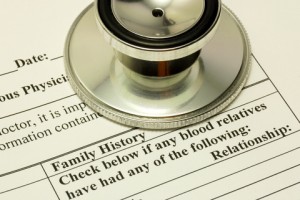