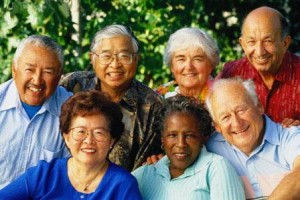 The fact is that baby boomers grew up in a wealthy period of the American economy, and many have planned well for retirement. It is estimated that 300 baby boomers are retiring every hour in Americatoday. Unfortunately, because boomers have redefined marriage and divorce, it’s a statistical fact that they’re divorcing at a much higher rate than any generations that came before them. In fact, large percentages of baby boomers who divorced their first spouses also have remarried and divorced a second or even a third time. Divorce is not only emotionally exhausting. It can be exhausting on resources and retirement funds. Many baby boomers who are divorced don’t know what to do about dividing retirement assets or their divorce pension rights. If you’re a baby boomer facing divorce, it’s important that you take the time to learn about your rights regarding your marital assets going forward through middle age and into retirement.

Dividing marital assets can be a messy endeavor, but it doesn’t have to be all consuming. If you find yourself divorcing in midlife, you need to make sure your retirement assets are safe. Begin by determining the amount spousal retirement plans increased in value during the marriage. This is the portion that is subject to distribution between both parties. State laws typically divide marital assets under either equitable distribution (ED) or community property (CP) laws. ED laws divide retirement assets equally, while CP laws divide them under a standard deemed ‘fair’ by the court. Because what is considered fair differs among spouses, it is important to have adequate legal representation in order to arrive at equitable division as deemed by both spouses. Be sure that any settlement agreement, drafted either by you and your spouse or your attorneys, includes the proportional division of all funds earned during the course of the marriage.

Typically, pension funds gained during the period of the marriage are considered community property. Again, because community property can mean different things in different states, with courts distributing property based on what it deems ‘fair,’ it is important to have a settlement agreement that entitles you to half of what your spouse earned in pension funds during the course of your marriage. Be sure to have pensions included in marital assets at the time of your divorce settlement agreement. There are steps you can take to help you to be awarded half of your spouse’s pension in a divorce. Find out how much money was paid into your spouse’s pension during the years you were married. Additionally, it is important to make sure that your spouse’s pension is written into your divorce agreement with specifics included on how it will be divided. Pensions are considered ‘defined benefit plans,’ meaning workers are given monthly payment distributions once they reach retirement age. At times, courts will utilize actuarial experts who will determine the present value of future payments and assign a lump sum value to retirement funds.

Facing a divorce can be less intimidating if you know your financial position. Though baby boomers were the first generation to break out of traditional marriage norms, they still have more tendency than subsequent generations to have traditional homes, wherein husband works outside the home and wife works as homemaker. For this reason, it is critical that both parties know their financial position in order to better determine division of marital property such as a house. One step you can take to protect yourself in this situation is to pull all credit reports, bank statements, and any remaining financial information. Read over these reports, learn all the debts and assets your marriage acquired, and figure out what you consider to be an equitable distribution of all assets and liabilities.

Reportedly, baby boomers tend to be in denial about their own mortality. This has made retirement, including dividing retirement assets during divorce, a bit challenging. Couple this with the recent economic crisis, wherein many boomers lost significant retirement funds, and you’ve got a potential disaster on your hands. Try your best to work with your spouse to split assets fairly. If you cannot come to an amicable agreement with your spouse about how to divide marital property and debts, mediators or divorce attorneys may be necessary. Though tempers can run high at this time, it is best to be upfront about all of your assets. Hiding assets during divorce is a crime, and your spouse’s attorney will find them. The end result will be that your deception will count against you. If you’re a baby boomer who’s facing a midlife divorce, it is in your best financial interest to arm yourself with as much information as possible in order to protect your marital property and retirement funds.