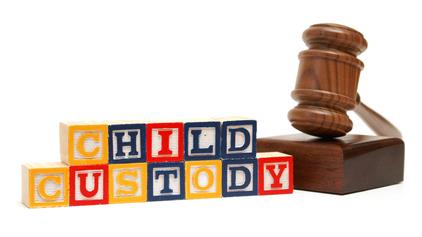 How will a custody case work? In theory, child custody cases are often very simple. The divorced or separated parents will meet with a lawyer or attorney present to decide upon the details of each child’s schedule. If multiple children are involved in the case, they will likely have the same living schedule. Parents who are on good terms with each other or who can reach decisions together without much frustration can choose to mediate their custody case. This means that they will reach a mutually agreed-upon decision without a judge. They will have lawyers present, though, and the decision will be legally binding. The case can also go to court if parents have a difficult time agreeing on the schedule. After what can often be months of waiting for a court date to arrive, parents and lawyers will present their case to a judge who will ultimately make the child custody decision.

Can the decisions be appealed or amended? Decisions can be appealed, but this process is often very time-consuming and frustrating. It requires more court fees, billable hours from lawyers, and more stress on the child whose life is changing yet again. Many child psychologists recommend against frequently changing child custody arrangements unless the child explicitly requests to do so. However, if a parent has a compelling reason to appeal the decision, they have every legal right to do so. This process is often easier to do in mediation, where the decision is still legally binding but does not require setting a court date that can be months if not years away. What about parents who move to another state? In these instances, the existing court decision regarding child custody can be amended. However, the parent who is remaining in the state frequently receives preference in these instances, as courts prefer not to uproot children from the schools or cities where they have grown up. Arrangements can be made in court that mandate visitation of the child, or a certain number of vacations that a child can spend each year with the out-of-state parent. For families with limited means, though, arranging visitation in such instances can be difficult, so a judge may again give preference to a parent who is home more often or remaining in the original state.

Can the child be represented in court? If a child is fourteen years or older, they can have their own legal representation, even though their guardian ad lidem will often be court-appointed or recommended by an attorney. Though the child will most likely not attend court cases unless called upon to testify, their attorney will be in court during all hearings in order to present the child’s wishes as clearly as possible. However, the child’s lawyer does not have any direct association with the case, as it is technically between the two parents and their attorney’s. As such, the judge may never call upon the guardian ad lidem to deliver testimony. This can be very frustrating, especially if the parents are paying for that attorney’s services only to have them just sit there.  Unfortunately, this is the way such legal process works in many child custody cases.

This article is simply intended to be a brief overview of common issues in child custody; it is not a definitive account of child custody legislation within each state. For more specific information, contact a lawyer near you or find an attorney that specializes in child custody arrangements that can either be mediated or handled in a courtroom.  Child custody cases are often very emotional times for all parties involved.  Consult with a family law attorney who can explain the legal process in greater detail, as well as provide expert advice on the family’s specific circumstances.