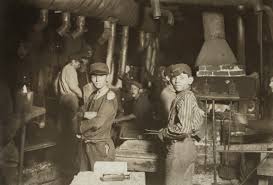 Employment and labor laws in New Jersey focus upon the rights of the worker, which includes protections against workplace harassment, discrimination, unsafe conditions, privacy, wages and benefits, and more.  Although New Jersey coheres with federal law in certain areas such as military leave and overtime pay, the state breaks with federal statutes on several issues such as a higher minimum wage and paid family leave insurance.  While New Jersey employment law helps define the relationship between the employee and his/her employer within the state, it is still incumbent on an employer to adhere to federal law unless the state declares otherwise.  In order to protect yourself from hazards in the workplace, it is always beneficial to know your rights as an employee.

Contrary to many people’s opinion, neither the state nor the federal government requires an employer to compensate an employee for time spent on jury duty.  An employer cannot, however, terminate or harass in any way an employee called to serve on a jury.

In addition, on both the state and federal level, employees are permitted to discuss issues such as compensation with colleagues or former colleagues without reprisal in an effort to determine whether pay discrimination exists.

Although unions are commonly regulated at the federal level, New Jersey has its own set of rules concerning union membership.  In order to limit unions’ influence, many states have enacted “right-to-work” laws which prevent employers from discriminating against or eliminating applicants who choose not to become union members.  Moreover, they are still granted the same terms and conditions secured by the union.  New Jersey, however, continues its favorable stance toward unions and has yet to become a right-to-work state.  For this reason, a worker in New Jersey who forgoes joining a union must still pay some dues if they work a unionized. Job

In any case, both employers and employees need to keep a lookout for updates to commonly accepted laws.  Notably, New Jersey used to to follow federal guidelines by not requiring private employers to provide sick leave, whether paid or not.  Nevertheless, some towns and municipalities counteracted this legislation by requiring local employers to offer paid sick leave.  In October of 2018, however, a new law went into effect mandating all New Jersey employers to arrange for up to forty hours of paid sick leave annually.  With this change, New Jersey is now the tenth state along with Washington D.C. to endorse compulsory paid sick leave.

As a rule, the statute which confers the most benefits upon the individual will apply in most cases where there is an intersection among federal, state, and even local laws.  As discussed here, laws are not static.  Even in instances where state and federal governments have traditionally been aligned, new laws may be enacted which change the legal landscape.  Due to the complexity of navigating between federal, state, and, in some cases, local municipalities, it is always recommended to speak with a qualified labor attorney if you need clarity regarding employment law in New Jersey.