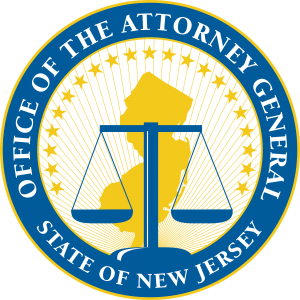 In New Jersey, criminal law comprises a range of behavior deemed illegal such as arson, child abuse, and drug possession.  While New Jersey sanctions bear similarities with many other states, there are a number of differences that anyone involved in the legal system needs to keep in mind.  New Jersey,  for instance, was the first state to adopt a Megan’s Law, which led to both a statewide registry of sex offenders and community notification when a sex offender moves to a new neighborhood.  Within a couple of years, all fifty states had similar statutes on the books.  Consequently, New Jersey precedents, such as Megan’s Law, can alter the way in which certain crimes are prosecuted throughout the United States.

One of the more recent cases garnering publicity in the Garden State is The Opportunity to Compete Act, signed into law by Governor Chris Christie in 2014.  This bill restricts qualified New Jersey employers from looking into an applicant’s criminal history until after completing certain stages of the hiring process.  In this instance, New Jersey followed a national movement by states and local governments to delay inquiries into an applicant’s background until much later in the application process.

The following are examples of how the New Jersey criminal code differs from other states which could factor into a criminal defense.

Absent probable cause, New Jersey law enforcement cannot conduct a search of your person, your automobile, or your home without your consent.  Furthermore, they must also notify you of your rights before asking for your consent.  Although some states such as Arizona have no standardized definition of probable cause,  New Jersey typically defines probable cause as a reasonable suspicion that a crime has been or is being committed.

If your license is revoked or suspended in New Jersey, you are not allowed to drive anywhere.  Unlike a number of other states, New Jersey does not issue restricted or hardship licenses in which a person with a suspended license may drive under certain circumstances, such as to and from a workplace.  This provision permits the individual in question to continue to earn a living while under suspension.  One legislator in New Jersey, however, hopes to change this situation soon; an assemblyman in Ocean County wants to introduce legislation which would permit drivers suspended for non-moving violations to drive between home, school, and work within limited hours.  In the meantime,  suspended drivers in New Jersey must continue to make other arrangements.

Regardless of the accusations, anyone being investigated for a crime in New Jersey should be aware of how the laws could affect their case.  Due to the unique nature of state laws, hiring an experienced New Jersey criminal attorney can make all the difference in achieving the best possible result in the face of pending litigation.