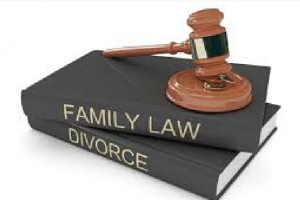 In New Jersey, Family Law comprises a wide range of issues revolving around the family dynamic such as divorce, child custody, domestic abuse, and adoption rights.  Family law also extends into topical areas such as same-sex marriage or abortion.

Similar to other laws, Family Law changes depending on the state in which you reside.  In case of divorce, for instance, many states view assets acquired during a marriage as community property. Therefore, each party is entitled to an equal (50/50) distribution of assets although other factors such as prenuptial agreements can still affect the outcome of the settlement.  New Jersey, on the other hand, favors an equitable distribution of property.  In this case, the court splits up assets in a way it views as fair to both parties.  All of these disputes fall under the jurisdiction of the Family Division of the New Jersey Superior Court.  While most New Jersey counties have their own Family Division court, a few work together by combining their services.

State laws, like federal statutes, change constantly.  Child custody laws, for instance, have evolved quite a bit within the last couple of years. Following a divorce, New Jersey courts were usually reluctant to allow a custodial parent to move out-of-state with the non-custodial parent’s child or children.  Ordinarily, the parent maintaining the child’s primary residence would either have to get permission from the other parent or demonstrate a strong reason for the relocation in lieu of permission.  Within the last year, however, New Jersey courts have revised the rules to permit custodial parents to relocate even over objection from the non-custodial parent.  In these cases, the courts often reconsider many of the same factors initially used in determining custody.   Nevertheless, the decision now hinges mainly on whether the move is in the best interests of the child.  Of note here is that New Jersey courts are responding to a recent bias in other states towards making it easier for custodial parents to relocate to another state.

One of the more highly charged issues within Family Law centers around reproductive rights.  Issues such as  contraception and abortion, which focus on a person’s right to decide for themselves whether and when to reproduce, involve both the federal and state governments and often generate controversy on both sides of the issue.

In New Jersey, for example, Governor Phil Murphy signed a bill earlier this year to restore funding to reproductive service providers such as Planned Parenthood.  The funding, which was suspended for eight years under the Christie administration, gives women better access to family planning services, which also includes things like cancer screenings.  The wrinkle, however, is that federal law restricts any of the funds from being used for abortions.  In contrast to New Jersey, many states have enacted laws this year tightening access to abortion and any type of publicly funded family planning.  As always, the courts continue to play a consequential role in interpreting reproductive rights legislation.  The ongoing battle between the interests of individual states and the federal government shows that this controversy will continue to test the courts and redefine state regulations for the foreseeable future.

In our rapidly-changing society, the family dynamic has become increasingly complicated.  For this reason, it is always helpful to consult a seasoned expert in family law if you have questions.  Whether you are venturing into uncharted territory like same-sex marriage, dealing with a custody issue, a divorce settlement, or need help interpreting the latest changes to reproductive rights, please feel free to explore our resources to get the advice you need for your family law issues